Ross River Dam is one of the two primary sources of water for Townsville.

Townsville City Council has a legal obligation under the Queensland State Water Supply (Safety and Reliability) Act 2008 to have an Emergency Action Plan (EAP) for both Paluma and Ross River Dams.

What is an Emergency Action Plan (EAP)?

An EAP is a standalone plan that is consistent with Council’s disaster management plans, which are used to identify and manage dam risks and hazards, such as a flood, earthquake contamination, terrorism, and to guide Council’s actions during an emergency event.

What is the purpose of an Emergency Action Plan (EAP)?

An EAP is implemented to minimise the risk of harm to persons or property if a dam emergency event occurs. The EAP details the processes that will be activated to notify people who live immediately downstream of the dams who may potentially be affected in the event of a significant water release or dam failure. The EAPs follow four main levels of action and notification to downstream residents. These levels are:

Within each of these levels, Council has additional triggers upon which further communication is broadcasted to keep downstream residents informed.

While the likelihood of a dam failure is extremely low, Council’s priority is always focused on the safety of our community and our visitors.

You can view the Ross River Dam Emergency Action Plan in full detail below.

How large is Ross River Dam?

Ross River Dam is the 9th largest dam in Queensland by storage capacity. The below fact sheet provides an overview on Ross River Dam.

How can Ross River Dam hold more than 100% capacity?

Ross River Dam is a dual purpose dam providing water for the community and attenuating floods by reducing peak inflows into the dam and releasing controlled smaller outflow into Ross River over the confined spillway.

The Full Supply Level (FSL) or 100% capacity of the dam is the level at which the reservoir is at maximum operating storage of usable water.

Any water temporarily stored in the dam above FSL is considered flood water and causes the gates to open and release the water downstream.

The level of the water above the FSL dictates the degree to which the gates opens and volume of water released try to strike a balance between dam safety on downstream flooding. The various dam operating levels and capacities are shown in the sketch below.

How much water did the dam store during the 2019 flood?

During the monsoon event from 27 January – 8 February 2019, the total volume of flood waters received in the Ross Dam catchment would have filled the dam (to Full Supply Level) nearly four times over (932,748ML).

How severe would the 2019 flood been if the dam had not been there at all?

The peak inflow into Ross River dam occurred on 3 February 2019 with 4,900 m³/s of water flowing into the catchment. The peak outflow of water at the spillway on the same day was 1,900m³/s. The dam was able to reduce the volume of flood water released downstream by 258%.

After significant flooding occurred in Townsville in 1890, 1927, 1946 and 1953, a detailed investigation was completed between 1965 and 1968 by the Irrigation and Water Supply Commission on the feasibility of a dual-purpose dam on the Ross River for flood attenuation and urban water supply. The report proposed development of a mass concrete spillway and earth wall dam constructed in two stages:

The purpose of the staging was to defer the need to relocate the Flinders Highway and Mount Isa rail line, which is submerged by the increased storage.

Between 1970 and 1974, the design and construction of stage 1 was implemented at an approximate cost of $8 million.

In 1976, the earth wall embankment was raised to its final stage 2 height of EL 47.16m without any increase to the concrete spillway level or storage capacity.

Evaluation of the dam foundation after filling led to some remedial works being undertaken in 1983 to facilitate the final implementation of stage 2 upgrade.

By 1986, the relocation of the Flinders Highway and Mt Isa railway was complete and in 1987, the radial gate was removed and the concrete spillway raised 2.28m to EL 38.21, increasing the storage capacity to 210,000ML.

By the late 1990s, significant advances in the knowledge of hydrology (rainfall), statistically predicted larger future rainfall events. The original design had been based on traditional standards-based criteria to determine the safety of the dam, which was the approach accepted by the regulator at the time. However, a new risk-based approach was now considered to be a more effective tool in assessing dam safety by estimating the likelihood of an event occurring and its consequences.

In 2001, a risk-based assessment of the Ross River Dam was undertaken to ensure its construction was to a standard of safety that satisfied the Council, Regulator and Community.

The Ross River Dam has a large population downstream, and the assessment found a relatively high risk of failure by flood overtopping of the earth wall causing erosion of the riprap and pipe failure of the wall. This failure would have resulted in an unacceptable loss of life, as well as economic and environmental damage.

By 2003, the Australian National Committee on Large Dams (ANCOLD) guidelines on risk assessment had undergone significant review. The updated guide required new dams to provide a level of risk substantially lower than the limit of tolerability of existing dams.

In 2003, the concrete spillway was cut down 3.55m to EL 34.66, reducing the storage capacity to 73,000ML, significantly reducing water supply available to the community and the risk of dam failure by flood overtopping the wall.

In 2005, an upgrade study was completed to increase the dam’s capacity to 233,000ML and maintain compliance with the new ANCOLD risk guidelines. 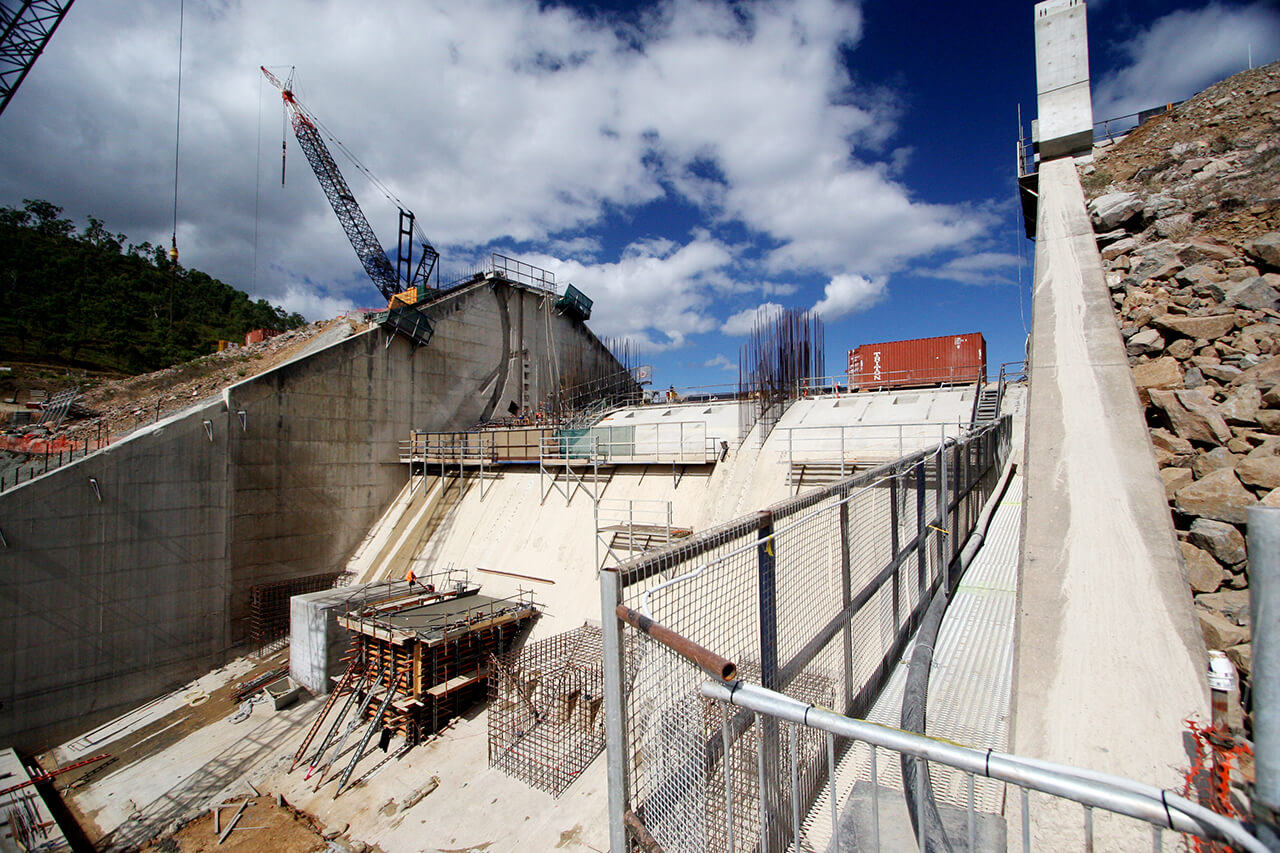 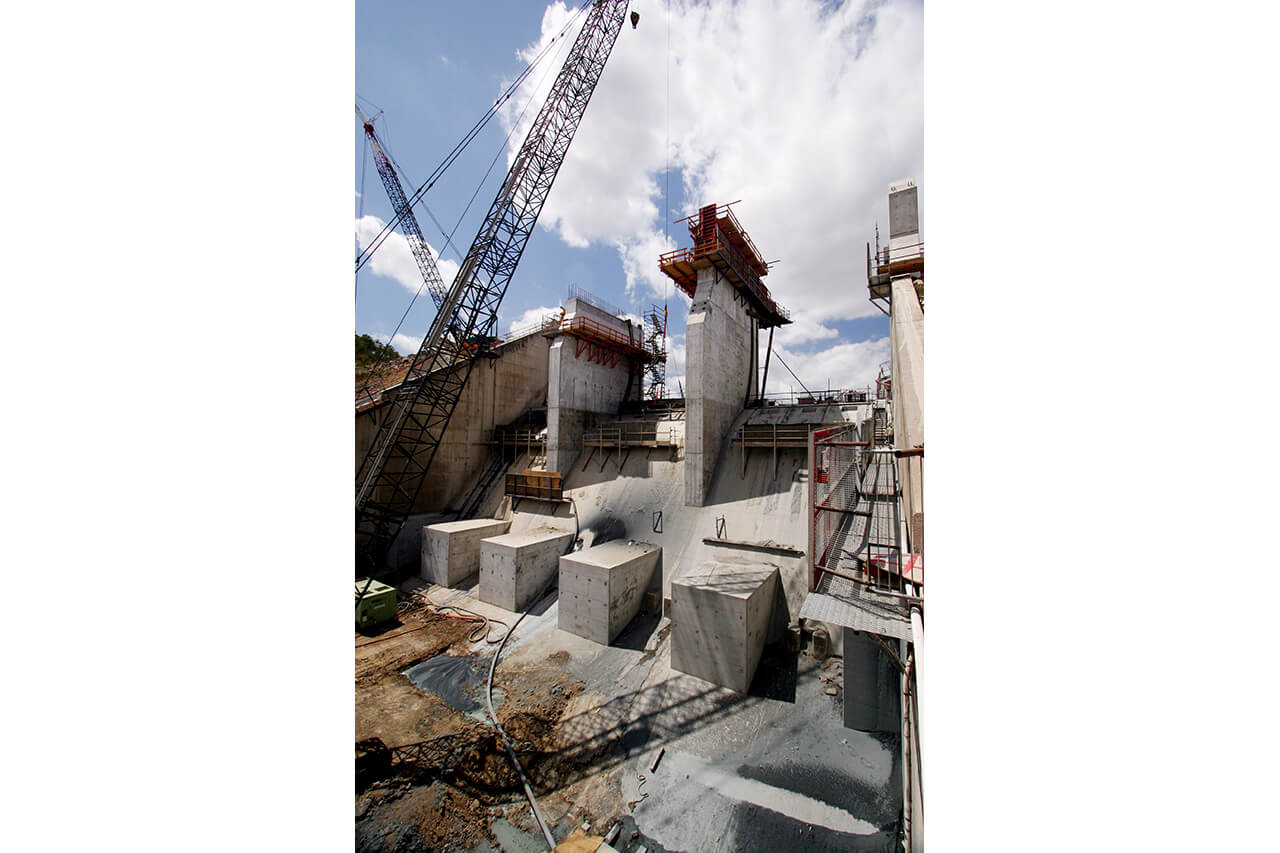 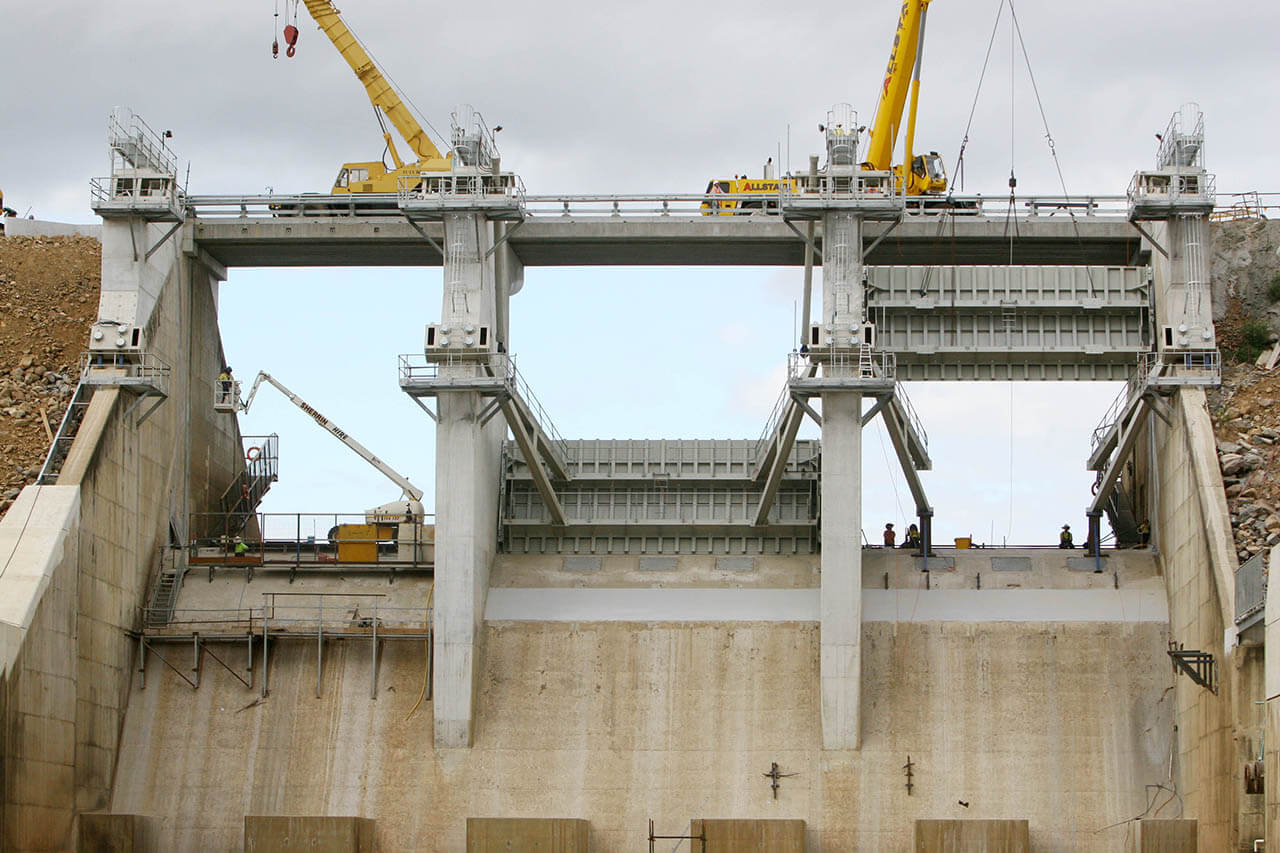 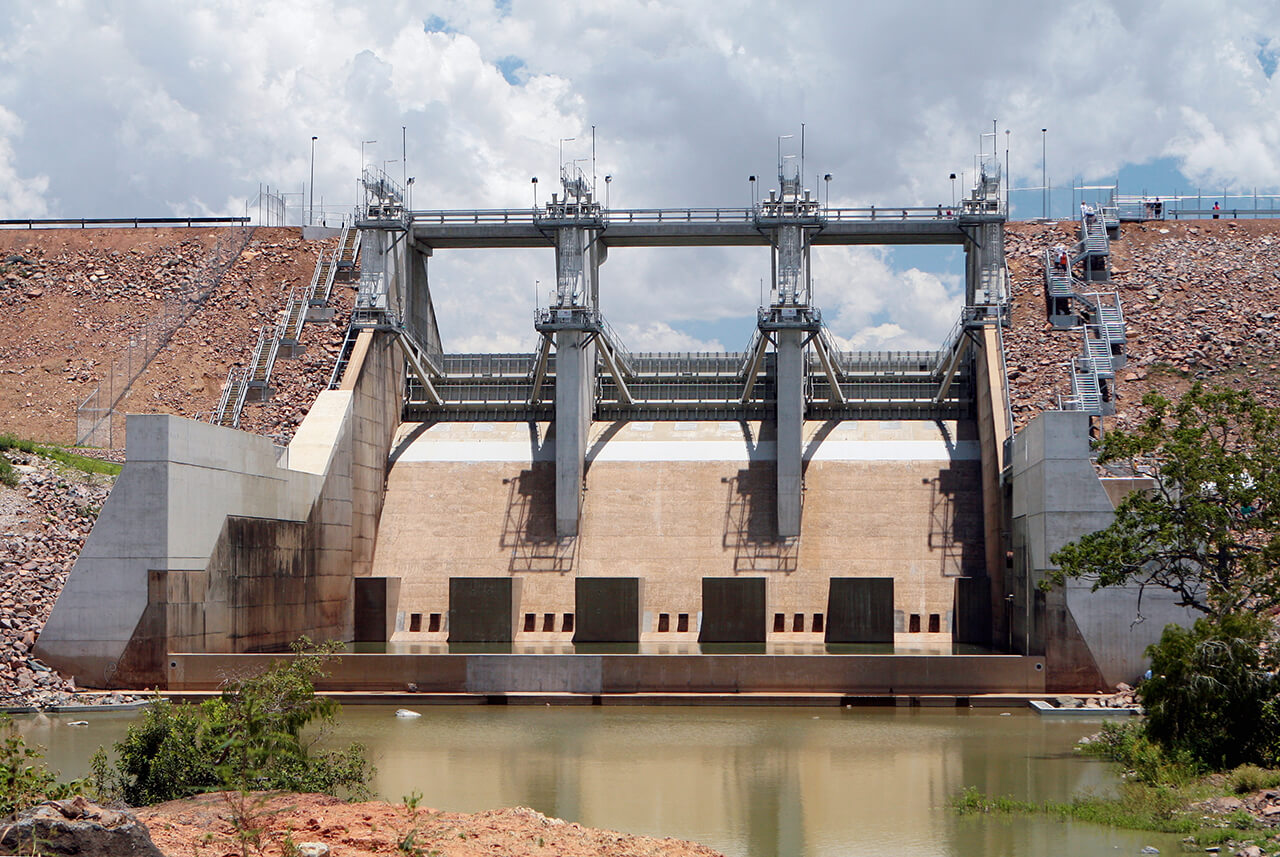